The Anointing Breaks The Yoke

THE ANOINTING BREAKS THE YOKE 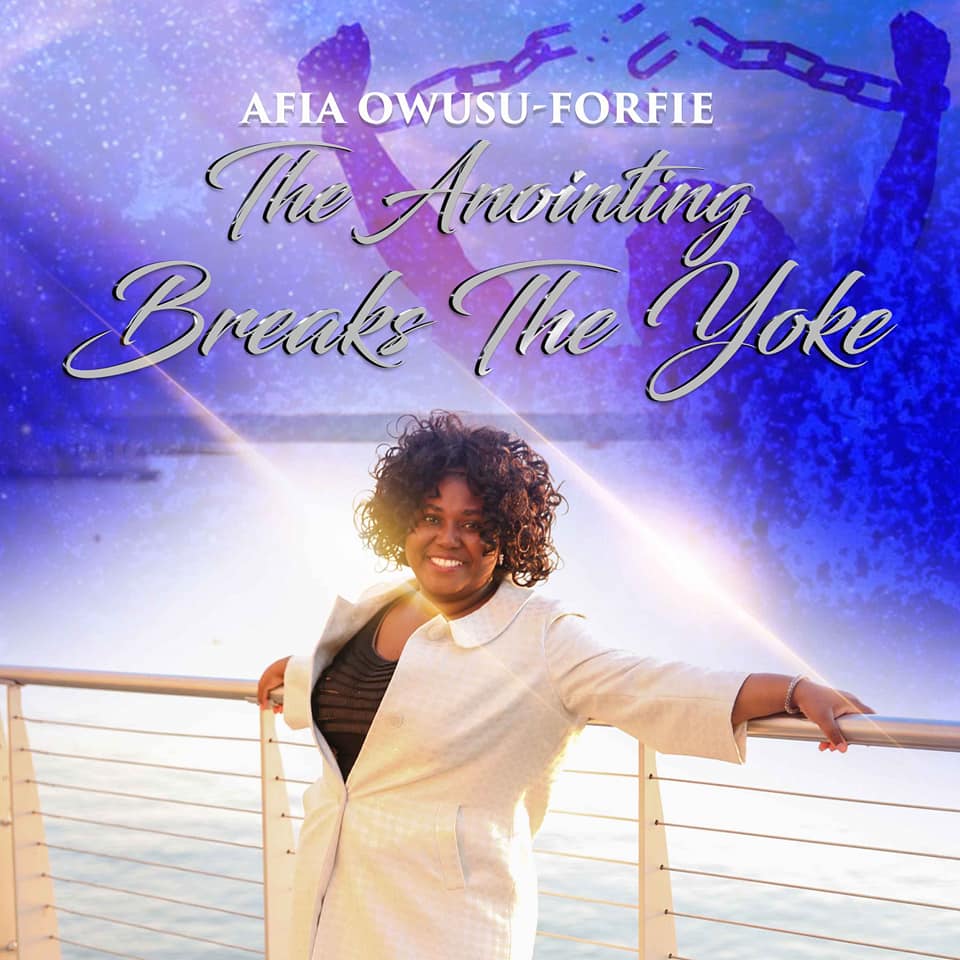 “Afia has always enjoyed music but never would have imagined becoming a composer. Her mental health struggles begun in May 2015 and the good LORD used songs to comfort her. Today, she envisions that those same songs can empower others struggling with Mental Health. But then new original songs started coming to her. It is a joy and honor to birth “The Anointing breaks the yoke” project. 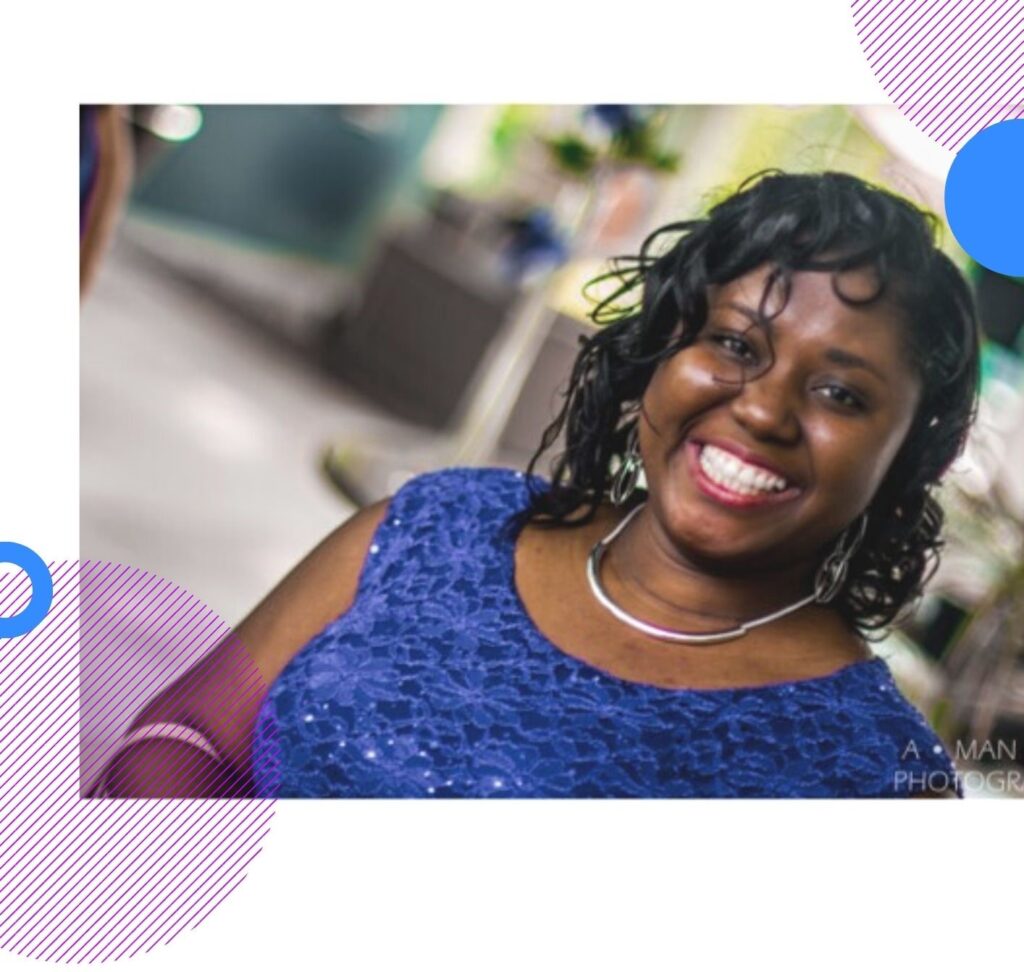 The Anointing breaks the yoke

The Light that came is God

A Slave is not greater than Her master

What shall I render You, my Lord?

The season of Grace is here

“Afia’s music education ended in fourth grade! Linda is helping her improve on that education. Afia sings songs on rote memorization but Linda is here to help her. Also Linda has been on a mental health journey herself and is one of the only few people who understands Afia’s struggles

“Stephanie knows how to fundraise! She and Afia got close while taking a Lay Counseling class at their Church.

“Maana and Afia met while ministering with the Legon Interdenominational Church Choir from 2007 to 2008. She is a lover of Jehovah, an anointed Christian music minister, a mother of 3, a nutritional medicine enthusiast and an administrator.

I am a Music Producer, Vocalist and Mixing Mastering Engineer from India. I have completed 5th Grade from Trinity College of Music London in Piano and Music Theory and currently pursuing 8th grade in both. I love to work in all genres, but I’m very fond of Orchestral Arrangements and Cinematic Scores.

Tony Nalker performs widely in Washington, D.C., currently serving as jazz pianist with the Smithsonian Jazz Masterworks Orchestra and the National Symphony Orchestra Pops. From 1989-2016 Tony was the pianist of the premiere jazz ensemble of the U.S. Army, the Army Blues, and served as the group’s enlisted leader.
Read more...

I am a musician formed at the School of Music “Laudelino Mejías” of Valera. Certified Music Studies: Classical & popular harmony, Counterpoint, Musical forms, Improvisation, Classical and Popular Guitar, Jazz music. I have played as a guitarist since 2007 with bands from the genres of classical, rock, blues & jazz. I am a passionate lover of philosophy, art and cinema. I have influences from nature and landscapes and I really enjoy my jobs as transcriber.”

“Mercedes Bralo Cisternas is a professional harpist from Argentina, with more than 15 years of experience playing in numerous orchestras, chamber groups, popular music ensembles, and as a soloist. She is not only devoted to classical music, but to improvisation, composition, and experimentation, using the harp as her medium to explore creativity.”

“I am a creative person who enjoys creating things with my hands (i.e. music, food, and stories) and thinking of ideas to solve problems. My objectives are to raise responsible and productive children who love God, to support my husband in his endeavors, and to glorify God through my life and my music.”

Transcriber of the Melodies

Charlotte Roberts’ career has spanned more than 40 years, and has taken her from her hometown of Richmond, Virginia, to the halls of Washington, D.C. and Europe, encompassing a wide variety of musical styles, events and experiences.

Zainab is young and passionate designer and have 5 years of web design and development.

Dr. Isaac Newman Arthur (BSc. MBChB, MPhil), Senior Medical Officer and Clinical Psychologist (from University of Ghana Medal School and University of Cape Coast), with over 10 years of clinical experience, and worked with several government and private health institutions in Ghana. Currently works as both a General Medical Practitioner and Clinical Psychologist, consulting for University of Professional Studies clinic and on part-time basis for University of Ghana Hospital and Acacia Medical Center in Accra, and also serves as a part-time lecturer at Family Health Medical University and Daniel Institute. With over 20 years in itinerant Christian ministry
An author of five books on purpose, marriage and relationships, and mental health. Other special interests and part-time engagements include creative carpentry and graphic designing.
He is married with two children.

Tony Nalker performs widely in Washington, D.C., currently serving as jazz pianist with the Smithsonian Jazz Masterworks Orchestra and the National Symphony Orchestra Pops. From 1989-2016 Tony was the pianist of the premiere jazz ensemble of the U.S. Army, the Army Blues, and served as the group’s enlisted leader. As a military musician, Nalker played for the highest levels of the U.S. government and military and performed on USO tours to Iraq and Afghanistan. He has also performed on State Department sponsored musical diplomacy tours to Russia, Kenya, and Ethiopia. Additionally, Nalker has composed works for various settings, including for a children’s multimedia work about Henri Matisse commissioned by The National Gallery of Art and a musical adaptation of Nathaniel Hawthorne’s The Scarlet Letter.
He is the pianist for Hal Leonard Publishing’s Jazz Play-Along series which has produced nearly 200 CD’s/books. Nalker has also played on countless recording sessions, including one Grammy winner. Most recently, he has been composing and producing fully orchestrated scores for churches, temples, and virtual reality soundscapes. He received his undergraduate degree from James Madison University and an M.A. from the University of Iowa.

Charlotte Roberts’ career has spanned more than 40 years, and has taken her from her hometown of Richmond, Virginia, to the halls of Washington, D.C. and Europe, encompassing a wide variety of musical styles, events and experiences.

Charlotte began playing the cello at the age of ten, and went on to study cello at East Carolina University, and then at Virginia Commonwealth University where she earned a Bachelor of Music degree with High Honors. Her teachers include Frantisek Smetana, David Hardy, Stephen Kates, Robert Newkirk and Neal Cary.

From 1991 to 2014 Charlotte was a member of The United States Army Band, “Pershing’s Own”, where she served as Principal Cellist and performed in numerous important historical and military events, from Presidential Inaugurations to State Dinners, as well as countless performances across the country for the public. As a member of Pershing’s Own, Charlotte served as Army Strings Group Leader, Orchestra Manager and Producer, String Quartet Producer, and in numerous other positions of responsibility. She also performed on dozens of chamber music recitals at Ft. Myer, VA and other venues around the country.

Prior to serving with the Army Band, Charlotte was a member of the Richmond Symphony, the Virginia Symphony and the Virginia Opera, (where she served as Assistant Principal Cello). She was a very active freelancer as well as teacher, serving as Adjunct Cello Professor at Mary Washington College for 12 years. She also performed as Principal Cellist with the American Institute of Music Studies, in Graz, Austria, and with the Spoleto Music Festival, in Charleston, SC and Spoleto, Italy.

Since retiring from the Army Band in 2014, Charlotte continues to freelance in the Washington D.C., Richmond, and Williamsburg areas, performing with the National Symphony, Richmond Symphony, Alexandria Symphony, Virginia Chamber Orchestra, Arlington Philharmonic, (where she serves as Principal cellist), Williamsburg Symphony, and for many other venues and events.

Over the years Charlotte has also performed on numerous recordings in a wide variety of genres and musical styles, to include vocal, orchestral, chamber music and commercial.